Zera and the Green Man Interview with Sandra Knauf 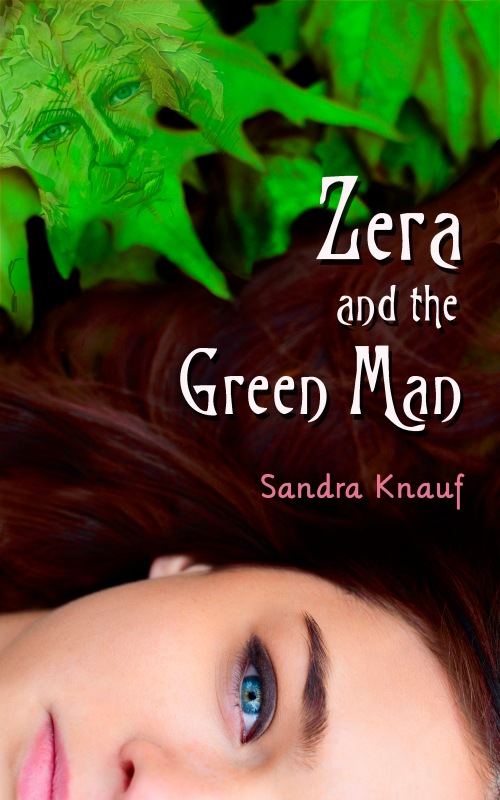 This week I decided to make a new press kit for Zera and the Green Man. GMO labeling is on the Colorado ballot this November, and, as some of you know, this book’s all about GMOs. It’s a hot topic and I’m hoping there are journalists and bloggers (and readers!) who will be interested in learning more about the book.

I’ve also put Zera and the Green Man on sale for the soon-to-be-upon-us holidays.

Let me know what you think of the interview. I’d love to hear from you!

GMOs Gone Wrong: An Interview with Sandra Knauf, Author of Zera and the Green Man

Sandra Knauf’s Zera and the Green Man is a sci-fi fantasy for the YA market, but I and many other adults have reveled in it. It is “right on time” with current events—plenty of GMO Franken-creatures—and it features the timeless themes of love for nature and family. I recently spent an afternoon interviewing the author, and this is what I learned.

In your young adult novel, Zera and the Green Man, biotechnology has gone awry, and nature is in jeopardy. Fifteen-year-old Zera Green is called to save the world from genetically-modified creations designed by her own uncle. How did you come up with that plot line?

The spark for the story came over a decade ago when I started reading about GMOs. At the same time, I became interested in the mythology surrounding the green man. To me, GMOs seemed like a bad idea from the start, and the more I read about them the more I was convinced that we were playing with something that had repercussions beyond our understanding. At the same time I was reading about how the green man was an ancient symbol of humankind’s oneness with nature. It seemed like two sides of the same coin, and those ideas merged into a story.

How does the green man mythology figure into the story?

The protagonist, Zera Green, discovers her family’s centuries’ old ties to this ancient god. He returns to modern times because the plant world’s in trouble. And when plants are in trouble, so are we. 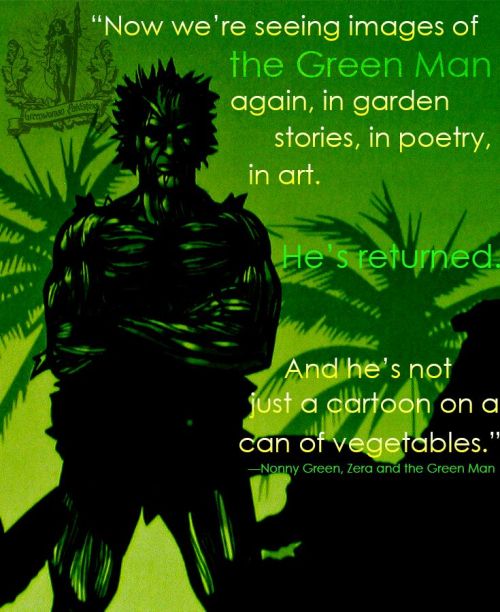 Can you tell me a little about the green man?

The idea of the green man, a man who is one with the plant world, is thousands of years old and takes many forms. His image is all over Europe, in centuries’ old churches, but he goes back further than that. For example, the Egyptian god Osiris is a green man. He has green skin; he’s known as the god of the underworld, yet he is also the granter of all life, including vegetation. The green man is also a symbol of resurrection. Robin Hood, fighting for the underdog and living in the forest, is said to be another incarnation, and so is the modern day Jolly Green Giant. In the story, Zera discovers this history and begins to see how her family is connected with it.

This story is a rollicking ride. It takes place in various places in Colorado, in L.A., in a secret laboratory in the desert, and even on Colorado’s famous Pikes Peak. How did you choose the settings?

I’ve spent most of my life in Colorado, and my children were born here. So I wrote about what I know. Both of my daughters went to elementary school in Manitou Springs, which appears in the book as Ute Springs. The chapter with Zera’s vision quest takes place on Pikes Peak, which is called by its Ute name in the book, Tava. The biotech firm that creates the genetic monstrosities is in L.A. because L.A.’s a big money/commercial center where people can afford to make their own realities, realities that are often contrary to nature.

Even though the book’s about GMOs and our connection with nature, the heart of the story is really Zera’s relationship with her scientist uncle and her grandmother.

That’s true. This family’s relationships, with all its problems and secrets, are at the heart of the story. As in life, regardless of what else is going on, it’s the connections with those we love that matter most and give us the most trouble.

Zera rings true as an angst-filled teen. She’s struggling with the issues of losing her parents and having to live with her uncle, but also typical teen problems about boys, fitting in, etc. How did you model Zera?

Some of Zera’s personal struggles were based on struggles I experienced as a teen, such as having other adults besides my mother and father involved in my upbringing. Writing about those feelings through a character was cathartic. As my own girls were teens during the writing process it was easy to create a strong and smart teenage protagonist—I had excellent real-life examples at home.

Why this book now?

It has taken many years for GMOs to get into the spotlight of public concern in this country. Because of GMO labeling initiatives on ballots in several states, many previously oblivious consumers are finally learning what GMOs are. Once they learn the science they have questions. While my story is a sci-fi fantasy, it accurately shows the science and some of the real concerns behind GMOs. It’s kind of like how Jurassic Park dealt with cloning. I hope my book will help readers understand the science and the dangers of GMOs and the bigger picture of nature.

What are you working on now?

I have my own publishing company, so there are several projects in the works, but I am making notes for the next Zera Green novel. It’s going to be set in the British Isles, where Zera learns about her family history and, of course, runs into more trouble. I don’t want to give too much away, but I will say that Zera’s powers increase dramatically. She is, in fact, well on her way to becoming an American superhero.

Author Information: Cheri Colburn is editor of Six Years in Mozambique and Fifty Shades of Green.

Cheri’s previous projects are many and varied. You can see a business- and education-skewed sample of her work at her website, TheFinishedBook.com.

P. S. For those of you who don’t know what a GMO is, I highly recommend this video by Jeffrey Smith, founder of the Institute for Responsible Technology.

There are times when it’s necessary to go “off topic” to something far more important than gardening, or books, or any of the other dozens of things I’ve posted about.

I hope you will watch this powerful speech, presented to the UN by Emma Watson on September 20th, and share it with the world.

With love and equality for all,

P. P. S. Tell your men about the movement and send them here to join!

Filed under DIY, Love, Power to the People