The Chicken Chronicles book is About to Hatch! 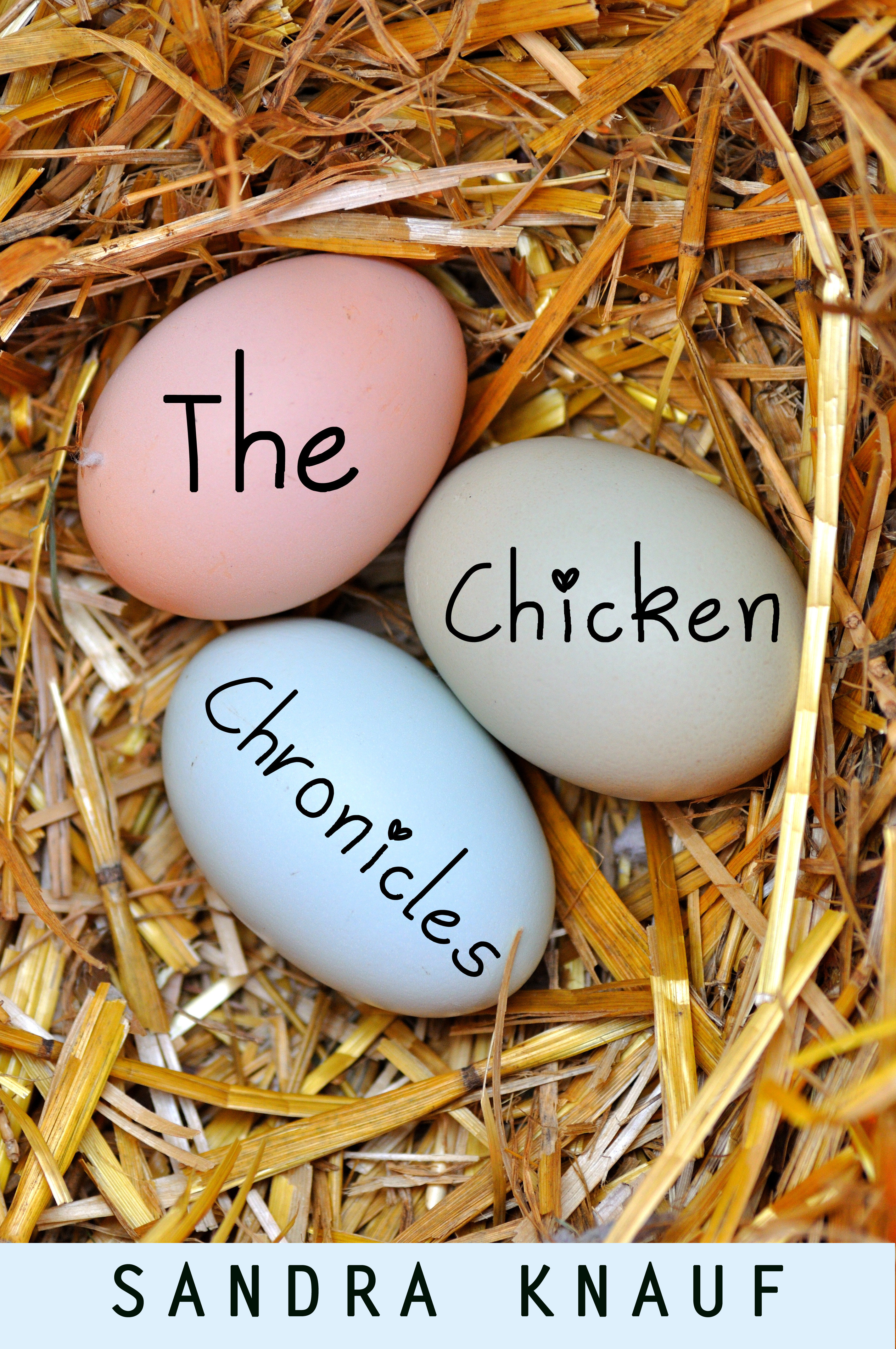 (One mock-up of a cover design—not the final version!)
Big Announcement: I’ve nearly finished a project I started on two years ago!

It feels great to finally get to this place. And, as this project is a memoir of our family’s “country in the city” experiment over nearly two decades, I’m happy that these adventures are soon to be in book form.

For those of you who haven’t read stories from the collection that have appeared in Greenwoman Magazine  or on this blog, here’s the book description:

THE CHICKEN CHRONICLES is a collection of essays and stories written by an unapologetically quirky plant and animal lover who dives deep into creating a “country living in the city” experience for her family. Engaging, erudite, and often hilarious, THE CHICKEN CHRONICLES follows Colorado author Sandra Knauf as:

She and her young daughters meet neighbor Grandma Ruby, an 80-something-year-old cottage gardener/chicken raiser, who inspires Sandra to start her own backyard flock of exotic breed bantam chickens.

She confesses and explores her shocking and insatiable lust — for seed catalogs.

She becomes involved in a garden tour fundraiser for Barack Obama’s 2008 campaign and gets a close look at her city’s partisan politics — the good, the bad, and the ugly.

She examines 21st century lawns, “the biggest waste of water in suburbia,” and shares her experiences — from working as a teenager at a lawn care company in the 1980s to becoming an ecology-minded gardener hell-bent on getting rid of the bluegrass.

She introduces us to unforgettable animals: an ill-fated Neatherlands dwarf bunny, Puff; an out-of-control black Labrador puppy, Broonzy; a coop full of exotic breed bantams with the names of Greek goddesses, and more.

She gives the lowdown on her city’s green fringe through other adventures that include: capturing a swarm of bees, joining a garden club, and becoming a gardener-for-hire in her city’s richest neighborhood.

She ponders life and discovers that the most important lesson is to love it, participate in it, and live it exactly how you want to. 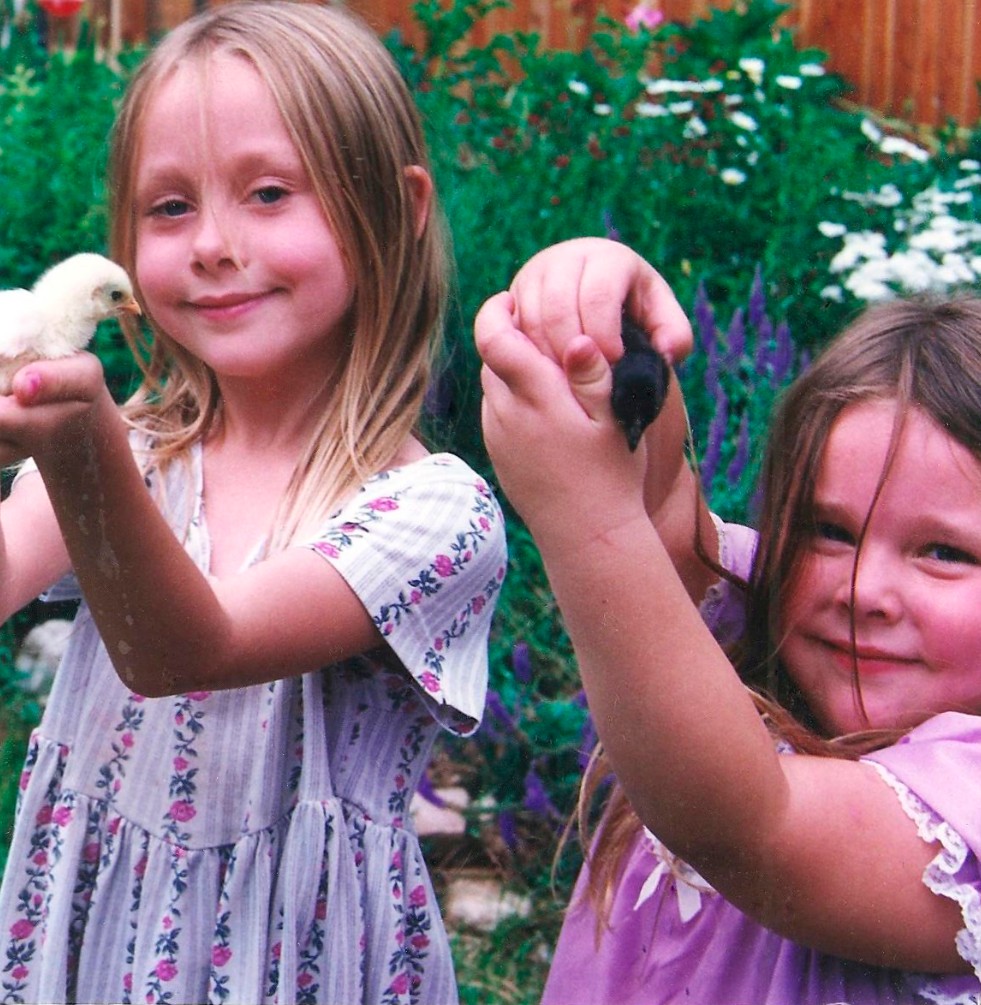 A picture taken during The Chicken Chronicles era: Daughters Zora (with chick “Kayley”) and Lily with “Jessica.” As we bought unsexed chicks, the girls were hoping for egg-laying hens and named them accordingly. Their two favorite “hens” turned out to be roosters.

While I’m writing today to announce this upcoming collection, I’m also here to ask: Would any of you be interested in being beta (test) readers? I have a PDF ready and I would LOVE to hear what you think of this book!

If you’re interested, just send me a note at maefayne(at)msn.com. I would need your comments by the end of the month and I’ll include a list of questions to guide your critique with the PDF.

I hope you can participate; I would love for you to be a part of this project!

2 responses to “The Chicken Chronicles book is About to Hatch!”