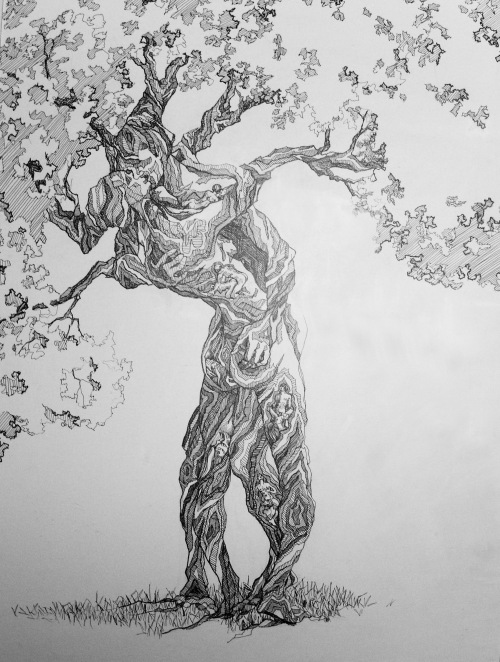 What does it mean to have a deep connection with Nature? Is it even possible in our modern world where we only experience small bits here and there—perhaps exultation at a spectacular view during a mountain hike, or a quiet moment of wonder in an early morning garden? For a moment, or an afternoon, we are enchanted, and we feel a true sense of unity. Then the spell breaks, and we go on with our busy lives.

Some of us are fortunate to have nature as a part of our life’s creative work, so even if we can’t experience it physically as often as we want, we can connect to it through our minds and hearts. Artist Sharon Carvell is one of these fortunate people.

Carvell, a long-time Coloradan, is 77 years old. She started out life in Evansville, Indiana, where she was raised in her early years by her grandmother and five aunts (it was during World War II, and her mother was away, unwittingly helping build the atomic bomb in Oakridge, Tennessee). Sharon describes her upbringing with her aunts in a “very Christian upright Methodist society” as very positive and supportive. Sharon’s father was a positive influence as well, but her experiences with him were at the opposite end of the socially correct scale. Sharon describes “Red,” as he was known, as an Irishman who was a rebel, a bootlegger, and a gambler. “So I experienced both worlds during my youth, which was absolutely wonderful. I would go with Dad to wire Bookie Joyce, and he would explain to me what he was doing, and on the other hand I was president of MYF [Methodist Youth Fellowship] in the church. So it was two worlds and they were diametrically opposed, but they were rich educations.”

When I ask when she became an artist, Sharon says, “I was always an artist, darling.” She excelled in art in school and won awards in art and other endeavors. She loved to draw, and tells me of the time in the 4th grade when she was punished for drawing a nude lady. Her knuckles were smacked, and one was broken. After that she learned to be more secretive in her art. “In the 5th grade, I discovered evolution,” she tells me, “and I did all sorts of nude things, and it was perfectly alright.” By the age of 18 she was married to a serviceman, and on her way to France. There she learned about life in Europe during the reconstruction period while raising her infant daughter, and studying art and architecture. She says she bonded deeply with France during her several years there. Her experiences included working at an orphanage helping care for American soldiers’ war children (some who were blinded by syphilis), and coping with the fuel shortages caused by the Suez Crisis in 1956-57.

When Sharon returned to America in 1958 she was a changed woman. She tells of culture shock upon her return, how everything was so much faster and louder here, with so many more radio stations and a booming consumer culture. She said she was astonished to find a hot conversation topic for women her age was the new plastic heads on safety pins for diapers! Her own awareness had blossomed into something with more depth. “While in Europe I realized how small the world is,” she says. “I think that is where I started my quest to try to understand our relationship to the Earth and all the other species that we share the planet with. And that’s what led me to the trees. Did you know our planet is only 24,902.4 miles in circumference, 7,926.42 miles in diameter? It’s very small, and it’s more fragile than we realize.”

Sharon’s quest for connection has been a lifelong endeavor. As her experiences have multiplied, so has her knowledge, her artistic expertise, and her love for trees.

She calls trees “an expression of love.” She tells me how they are ancient almost beyond belief—on this planet for 370 million years while modern humans have existed for only 200,000. I let that sink in, and think about what infants we are on this planet.

While Sharon works in many art mediums, including sculpture and painting, and her subject matter is varied, I wanted to share her fabulous tree drawings and ask her some questions about them.

Flora’s Forum: You’ve told me that you created these series of drawings, Song of Songs, in the late ’70s and that it took a about a year and a half to complete them. What inspired you to create them, and how did you decide to connect them to the biblical verses known as Song of Songs?

Flora’s Forum: You told me earlier that when they were shown in a Denver gallery you were threatened.

Carvell: I think our first show was here in Colorado Springs but our next show was in Denver, and there I was threatened  [death threats and threats to destroy her art] because I used the Song of Songs, and because of the sexual acts that are going on in the pieces. It’s very, very strange, I mean to me it was a beautiful way to depict them because the most important thing about trees is what they give to us, which we know very little about, and what they give to the rest of the world. They are the oxygen givers, they cleanse the air, they are hospitals, they protect life. We get medicines from them, we get our lives from them and we don’t even care. Everyone goes around cutting down trees, ‘that’s in the way, that’s in the way,’  however, one tree, the size of that one right out there [she points to a tree outside her window] makes enough oxygen for a family of four.”

Song of Songs, #1, Spring
The voice of my beloved! Behold he cometh leaping upon the mountains, skipping upon the hills. . . .
My beloved spake and said unto me, Rise up, my love, my fair one, and come away. For, lo, the winter is past, the rain is over and gone.
The flower appear on the earth; the time of the singing of the bird is come, and the
voice of the turtle is heard in our land.
The fig tree putteth forth her green figs, and the vines with the tender grape give a good smell. Arise my love, my fair one, and come away

To me, Sharon’s trees are powerful and beautiful images. I asked her more about the controversy surrounding the sexual aspects and she adds, “I think we live in a really weird society where you can watch people being mutilated, torn apart, blown up, heads chopped off, eyes punched out, all sorts of things, and our kids grow up with it, but sexual images are found to be disturbing. I wonder what it would be like if we turned it around? What if making love from the time our children were young was absolutely beautiful? What if we turned the whole thing around?”